Google Chrome browser scans all the files on your computer, including private photos, documents and spreadsheets 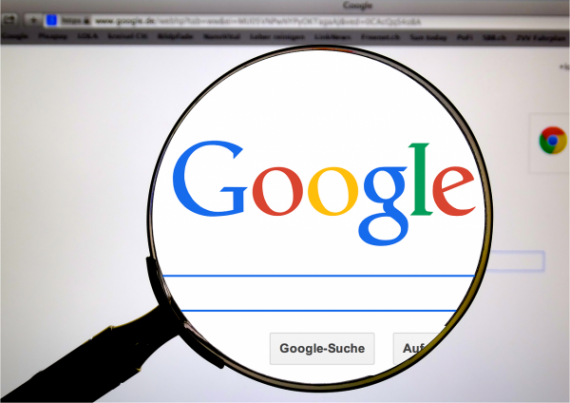 Google has come under fire for many questionable actions as of late — and the startling revelation that their widely used web browser, Google Chrome, is scanning personal computers around the world is nothing short of infuriating for its users. Big Brother is here — and countless numbers of people have invited this authoritarian presence (in one form or another) while being none the wiser. Indeed, some of the world’s largest corporations (like Google and Amazon) are continuing to find new ways to invade user privacy.

In addition to a spying web browser, devices like Google Home and the Amazon Echo (and Alexa) are going places where the prying eyes of corporate interests have never gone before. Worse still, they’ve convinced us to willingly purchase these devices and place them in our homes. People are actually paying for the “privilege” of being spied on — all the while turning a blind eye to the total invasion of privacy for the sake of “convenience” and keeping up with the Jones’.

Google Chrome has become the trendy browser of choice, but not without a cost to users. A shocking report recently revealed that a series of “updates” to Chrome gave it the ability to scan all the files on Windows computers. It may be the browser so-called security pros suggest, but as it turns out, Chrome’s security blanket may just be a ruse so they can take your information for themselves.

You see, the Google Clean-up Tool was turned into a mandatory part of Chrome in 2017 — and users were never made aware of this new feature.

As this quote reported by Information Liberation explains:

In practice, Chome [sic] on Windows looks through your computer in search of malware that targets the Chrome browser itself using ESET’s antivirus engine. If it finds some suspected malware, it sends metadata of the file where the malware is stored, and some system information, to Google. Then, it asks you to for permission to remove the suspected malicious file. (You can opt-out of sending information to Google by deselecting the “Report details to Google” checkbox.)

Google proponents claim that these newly released “security features” bear no risk of infringing on user privacy — but the fact that this web browser’s modus operandi is to literally scan every file on your computer has raised more than a few eyebrows — especially because all of these scans have been conducted under a cloak of secrecy. Most users had no idea that Google Chrome would do this — and certainly were unable to provide explicit permission for the scans.

But it seems in the age of Big Brother, permission to surveil the masses is implied.

Dylan Curran, a web developer from Ireland, downloaded his own Google file and in a series of tweets, revealed that the corporation had been holding onto his data (and presumably, everyone else’s) since 2008. That decade’s worth of data included every YouTube video he’d watched, every place he’d traveled to, every website he’d visited in the last year and more. The file totaled up to a staggering 5.5 gigabytes — which is reportedly equivalent to three million Word documents.

Along with their authoritarian surveillance, Google has repeatedly been called out for acts of censorship.

It’s not just Google you need to be worried about, unfortunately. Amazon’s Alexa has also come under fire for spying on users, and a new patent indicates the problem of corporate surveillance is only going to get worse. Amazon recently filed a patent for a “voice sniffer algorithm.” Effectively, this would allow Alexa to passively listen to your household conversations in real-time, while waiting to identify “trigger words” that give Amazon insight into your home and your life.

Natural News founder Mike Adams, the Health Ranger and director of CWC Labs, recently reported on how dangerous these companies are and why they need to be stopped — before their totalitarian tactics become the law of the land.

Sources for this article include