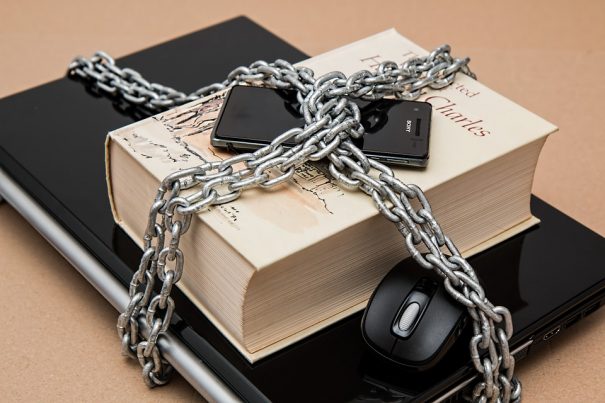 Censorship is very much in the news, with the latest example being the effort by the progressive movement to silence pro-Trump Fox News host Laura Ingraham after a petty social media dustup with a Parkland high school student who champions gun control. Ingraham has apologized, but advertisers have been pressured and intimidated by a far-left mob and the predictable manufactured outrage from Internet trolls and are now pulling their ads from her show.

Apart from corporate censorship that is emerging in the cable news realm, Natural News readers are, of course, well aware that Silicon Valley is working overtime to censor independent online media and those perceived as conservative leaning. Techniques used by Google, Facebook, Twitter and other platforms such as outright bans, suspensions, shadow banning, throttling, de-monetizing, de-platforming, and manipulating algorithms to suppress legitimate populist-oriented voices, including those who support President Trump’s America First agenda, are all in play.

In an essay titled “Illiteracy Leads to Censorship,” journalist Jon Rappoport suggests that these so-called ministers of truth or gatekeepers are losing the war of ideas, however, but in the meantime, illiteracy is a way to manipulate the masses.

From The Waking Times:

When those who control public discourse, in a nation, see that they are losing to upstarts, that their flimsy ideas are being supplanted by much stronger ideas from these newcomers (who are actually traditionalists), the shocked controllers turn to the more direct strategy of censorship. …

Among their supporters are crowds of illiterates. …

Elite societal players welcome illiteracy. They love it…Ignorance is good. More than that, illiterate people are easy to convince that repressive censorship isn’t a problem. It’s just something that “happens.”…

Illiteracy is more effective than political correctness. Untold numbers of people can’t understand the sentences that are floating and flying by them every day. They register this by building up anger. Unfocused anger. They are perfect fodder for know-nothing social and political movements that require violence and repression.

Specifically in response to censorship by what he describes as the techno-tyrants running Google-owned YouTube, Health Ranger Mike Adams, the founding editor of Natural News,  has announced the creation of Real.Video, a p2p file sharing infrastructure for videos and other content such as audio files, PDF files, text files and HTML.

Most, if not all, of the tech giants, by the way, support so-called net neutrality but they seem less enamored with content neutrality. (Related: Read more about Orwellian censorship and attacks on the Second Amendment at LiberalMob.com.)

Writing about the Laura Ingraham controversy, The Daily Caller noted that “The effort against Ingraham is only the latest example of the Left weaponizing corporate power to stifle conservative viewpoints.”

These companies pulled their ads from @IngrahamAngle. I call for them to reinstate the ads and do what it is right. Showing you're easily manipulated isn't a good stance for the future.
1. @Nutrish
2. @TripAdvisor
3. Waywair
4. @Hulu
5. @Nestle
6. @Expedia
7. @JosABank

Parenthetically, worldwide web inventor Sir Tim Berners-Lee is among the luminaries calling for the regulation of the dominant tech giants so that free speech can be restored across the Internet.

“The Internet may have been invented with machine language, but the writers who have appeared on it are multiplying their own language. They are outdistancing the machine. They always will,” Rappoport concluded.

In the end, do you think that free speech will prevail?