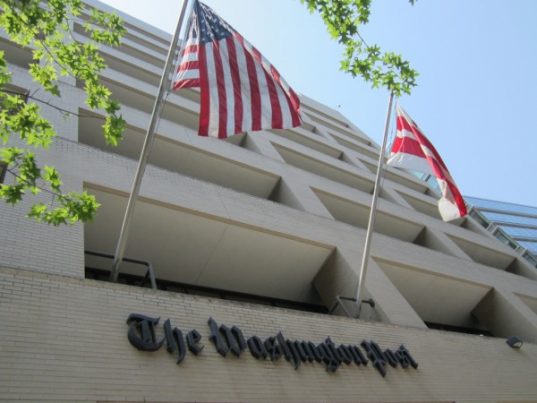 Could you imagine the reaction if conservatives had been rioting in the streets throughout the Obama years the same way the Antifa groups are currently rioting out of opposition to President Trump? What if conservatives across the country, furious about the direction that Barack Obama was taking us in, took to the streets and started breaking things, starting fights and getting into trouble with the law? Without a doubt, the liberal media would be relentlessly slandering the conservative Right day in and day out, accusing them of everything from disturbing the peace to domestic terrorism. Conservatives would be painted as scum of the earth by just about every talking head on cable news and every liberal columnist in the country.

But Barack Obama is no longer in charge; President Trump is. Those out on the streets rioting aren’t conservative groups; they are radical Leftists and anarchists. So, naturally, the liberal media gives them a free pass.

In a recent article published in The Washington Post, columnist Perry Stein actually appears to glamorize these anti-Trump fascists for rioting in opposition to America’s 45th president.

But their anarchist community made a fiery entrance into the Trump presidency on Jan. 20, when they organized thousands of people to protest his inauguration by blocking security checkpoints and marching in the streets. Hundreds of them, clad in black clothes and masks, rioted through the downtown.

They used wooden poles and pieces of concrete to break storefronts and smash newspaper boxes, according to an indictment in D.C. Superior Court. More than 200 people were arrested and six police officers were injured. City officials tally the damage from the rioting at about $100,000.

To put things into perspective, let’s try to conceptualize what this article would sound like if it had been about conservative rioters as opposed to rioters on the Left. Most likely, such an article would include words such as “bigots,” “thugs,” “criminals,” “domestic terrorists,” “evildoers,” and just about anything else the Left could use to paint conservatives as the worse type of people on planet earth.

If the liberal media isn’t glamorizing the Antifa groups, then at the very least they aren’t reporting on them, even as they take to the streets and intentionally stir up chaos and violence. Just days ago, for instance, a rally held by the pro-Trump Patriot Prayer Group was interrupted by Left-wing Antifa activists, who showed up to do what they do best: riot, rebel and resist.

Video footage of the event shows the Anti-Fascists waving Soviet flags, burning American flags, spraying officers with silly string and even hurling fireworks through the streets. The signs they held were anything but tolerant and accepting, with messages like “Go back to Europe,” “Kill Nazis” and “Die Nazi scum.” Police were forced to respond to the rioters by dispensing pepper spray into the crowds, and as you can probably imagine, several arrests were made (RELATED: The defeated Left turns to hate as liberals unleash beatings on Trump supporters).

Conveniently, the liberal media didn’t give this clash in Seattle nearly as much coverage as they gave to the white nationalists that recently organized in Charlottesville, Virginia. Of course, both the Antifa groups and the white nationalist groups should be condemned equally, as they each represent ideologies that are not consistent with American values. How unfortunate it is that the Left doesn’t see it that way.

If the liberal media wishes to make it through the Trump presidency with even a shred of integrity left, then they need to stop playing politics and condemn all acts of evil, regardless of whether they stem from the Right or the Left. Failure to do so will cause them to lose all credibility – not that they ever had much to begin with anyway.