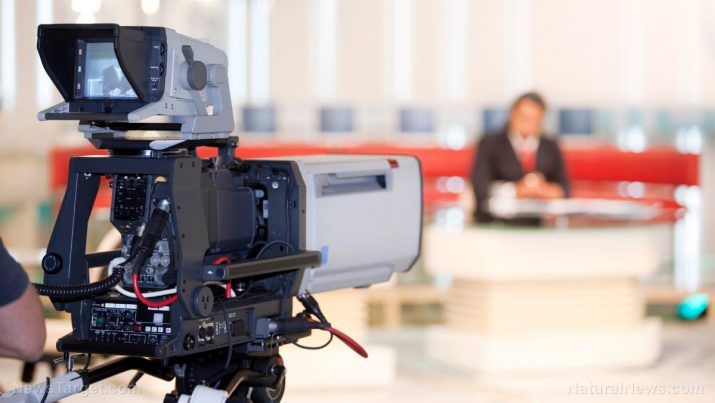 When you, as a Left-wing political movement, attempt to “mainstream” your violence against those with whom you disagree by comparing your supporters to the soldiers, sailors and Marines who stormed the beaches of Normandy, France, on D-Day during World War II, you’ve got an instant credibility problem.

Granted, you’re going to have your supporters actually believe they are just like “the Greatest Generation,” which did indeed battle (in part) against Nazi Germany and Fascist Italy. But the leaders of those two movements — Adolph Hitler and Benito Mussolini, respectively — were attempting to take over the world, literally. Those the Alt-Left are battling today are not, despite claims to the contrary by groups like Antifa, Black Lives Matter and the “Occupy” movement.

As reported by The Daily Caller, a number of “progressive” journalists and far-Left “mainstream” media outlets have begun to compare violent flag-burning protestors to those fine U.S. and allied troops who braved withering fire to storm Normandy’s beaches, while simultaneously downplaying or even excusing the Alt-Left violence.

The protesters, known as Antifa (short for anti-fascist), often advocate for communism and have been deemed a domestic terrorist movement by New Jersey. Persons associated with the movement have previously stabbed a police horse and beat people with bike locks.

Just because you claim your political opponents are “fascists” doesn’t make them actual fascists. More often than not, as we have seen, people being attacked by Antifa thugs are just politically conservative, supporters of President Donald J. Trump, or both, and while they may approve of Trump’s “America first” foreign and domestic policy, that doesn’t make them “nationalists” in the mold of neo-Nazis.

What’s more, you can’t claim to be “anti-fascist” when you behave exactly like fascists: By attacking political opponents (just like the Nazi Brown Shirts used to do).

But here we are witnessing the mainstreaming of violence by journalists and publications that would have never supported right-wing violence against supporters of former President Obama (and still wouldn’t). The effort has really ramped up after Trump dared to speak truth to power by claiming that groups on both the right and left were equally to blame for the violence in Charlottesville, Va., earlier this month that left one person dead and dozens injured — and a town that is extremely resentful of both sides.

The fact is, as armed as the white supremacist groups were when they showed up in Charlottesville to protest the removal of a statue of Confederate Gen. Robert E. Lee, the Antifa protesters showed up armed as well — with clubs, helmets, and other weapons, including mace, which they used on all rally attendees who marched in support of the monument (including those who weren’t white supremacists and don’t agree with their vile, despicable racism). As the president correctly noted, these thugs were “swinging clubs” as they “came charging at, as you say, at the alt-right.”

But it was the comparison of Antifa thugs, who more resemble the Nazi Brown Shirts and Vladimir Lenin’s communist cadres, to true hero fighting in World War II that set most Americans off. (Related: White House petition demanding Antifa be labeled a terrorist group surpasses 200k signatures.)

“Watching ‘Saving Private Ryan,’ a movie about a group of very aggressive alt-left protesters invading a beach without permission,” wrote The Atlantic’s editor-in-chief Jeffrey Goldberg in a tweet last week.

A former spokesman for Hillary Clinton, Brian Fallon — now a contributor to CNN (who else?) posted a picture the following day of troops on D-Day, remarking on Twitter, “Also confronted Nazis without a permit.”

Like lemmings, the rest of the Left-wing idiot journalists chimed in with similar D-Day photos and messages, even as some liberal rags like the Washington Post downplayed the Antifa violence.

It seems that these Alt-Left “journalists” learned a warped version of the First Amendment. They seem to believe that it only protects speech they agree with.