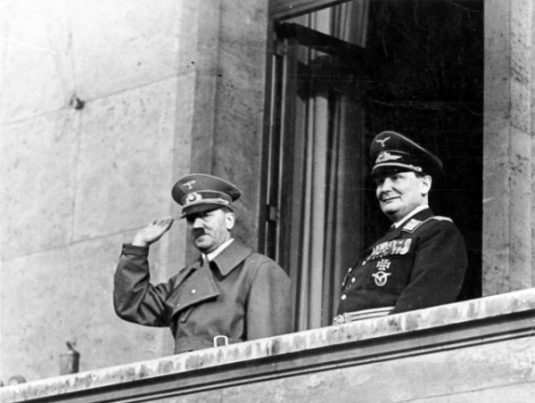 A favorite accusation by far-Left activists aligned with the Democratic Party is that supporters of President Donald J. Trump are “fascists,” “authoritarians” and “Nazis.” But a recent ‘speech’ by a backer of the president proves not only are such accusations misguided, but they actually apply to those making them.

As reported by SHTFPlan.com, the Left’s “resistance” movement against Trump and the majority of Americans outside of California is ostensibly aimed at stamping out what they see as fascism’s rising tide in the U.S. But as evidenced by a recent stunt, the real authoritarians belong to the party of Hillary Clinton and Barack Obama:

They’re the ones who love big government, and have a habit of shutting down everyone they disagree with. They’re the ones who have been responsible for the most political violence over the past year. Inside their social echo chambers it’s easy for them to view themselves as heroes, but it’s obvious to everyone else that the far-left is the most tyrannical force in America today.

To wit: In Chicago recently, a Trump supporter infiltrated a Left-wing protest there, and was provided an opportunity to speak to the crowd. When he did, he rattled off a number of quotes — all from Nazi dictator Adolph Hitler — derived from his speeches back in the day, and from his autobiography, Mein Kampf. The only changes he made were replacing the words “Jews” and “bankers” with “Donald Trump.” (RELATED: Alt-Left terrorists attack Trump supporters again at rally in California: Are you proud, Democrats?)

During the speech the crowd of Leftists applauded him; at the end of his speech, one of the protest organizers was so very impressed he attempted to recruit the Trump supporter:

Now granted, the American primary education system — also run by Leftists — has been so degraded by political correctness that it’s not realistic to think there’d be even a few young Americans familiar with the Nazi leader’s speeches. But the content of Hitler’s words also did not phase the crowd; either they never really understood what the speaker was saying or they agreed with him wholeheartedly. Either way, it spells doom for the future of our country if these socialist fascists-in-waiting ever gain control of the levers of power.

Here are some of the Hitler quotes the man used on his unsuspecting crowd:

— “We are Socialists, we are enemies of the capitalistic economic system for the exploitation of the economically weak, with its unfair salaries, rights it’s unseemly evaluation of a human being according to wealth and property instead of responsibility and performance, and we are all determined to destroy this system under all conditions.” [This could have been taken from any number of Obama’s speeches as president, or Hillary’s as the Democratic Party’s twice-failed nominee.]

— “The state should retain supervision and each property owner should consider himself appointed by the state. It is his duty not to use his property against the interests of others among his own people. This is the crucial matter.” [Our founders believed private property rights were fundamental to individual liberty.]

— “This Third Reich (American nation) will always retain its right to control the owners of property… A policy of laissez faire in this sphere is not only cruelty to the individual guiltless victims but also to the nation as a whole.”

Without a doubt, the leaders of the American Left are borrowing pages from playbooks written by original Marxists, Leninists, communists and socialists long ago. They speak the same language. They utilize the same political tactics of divide-and-conquer. They preach the same utopian vision of “equality,” when they really mean equality of misery.

Hitler used the playbooks to gain control of Germany, then proceeded to launch one of the world’s most destructive wars, in which tens of millions of people perished, including nearly an entire race.

And the Left applauds both his words and ideals — not Trump supporters and conservatives.