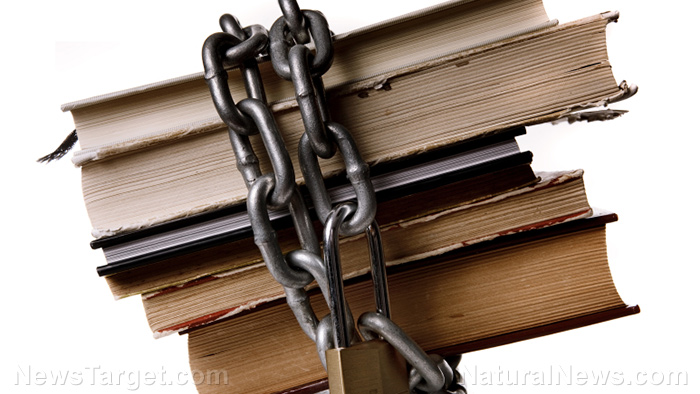 When it comes to politics, it’s fair to say that most millennials are completely lost. They blithely embrace politicians like Bernie Sanders who are burying them in debt, reject free market principles despite the fact that the capitalist system has lifted more people out of poverty than any other, and believe that gender is defined by how one feels on the inside rather than what’s between their legs. Even worse, most young people reject the United States Constitution and falsely believe that America’s founding consisted of nothing but racism and slavery.

The reason why they are so misinformed is twofold: One, their heads are constantly being filled with left wing propaganda inside the classroom, and two, they are never taught about the benefits of conservatism, small government and the free market. They are not receiving a full, well-rounded education, and they are perfectly fine with that.

At Spanish Fort High School in Alabama, a teacher by the name of Gene Ponder is now facing backlash for a summer reading list he gave to students in his Advanced Placement Government/Economics class. Ponder, who ran for lieutenant governor of Alabama back in 2010 as a republican, asked students to pick one book out of 31 on a list of mostly conservative books, including Liberty and Tyranny by Mark Levin and Liberalism is a Mental Disorder: Savage Solutions by Michael Savage. Other authors that made the reading list included Ronald Reagan, Thomas Sowell, Ron Paul, Ann Coulter, and other like-minded people.

Even though the majority of the reading list has a blatant conservative slant, some of the books were more liberal, such as SuperFreakonomics by Steven Levin and Stephen Dubner. But despite this, and despite the fact that students had the ability to choose which book they wanted to read, many people still were not happy.

Shannon Cauley, the President of the Baldwin County Board of Education, told Gulf Coast News Today that she first learned about the reading list through social media and then made the decision to notify the superintendent.

“As a courtesy, the school principal called to let me know that the list had been removed and assignment canceled,” Cauley said on Facebook. “He’ll be sending an email to all senior students/parents to notify them that there will be no summer reading assignments for this AP government class.”

Superintendent Eddie Tyler later confirmed, “The list has been removed by the teacher,” adding, “I expect all employees to follow our processes, procedures and policies” regarding receiving approval for reading lists before sending them out to students.

There is no denying the fact that the reading list included mostly books that were written from a conservative perspective. However, given the amount of liberal indoctrination that routinely goes on inside of the classroom, one could argue that this list is not only necessary, but also long overdue.