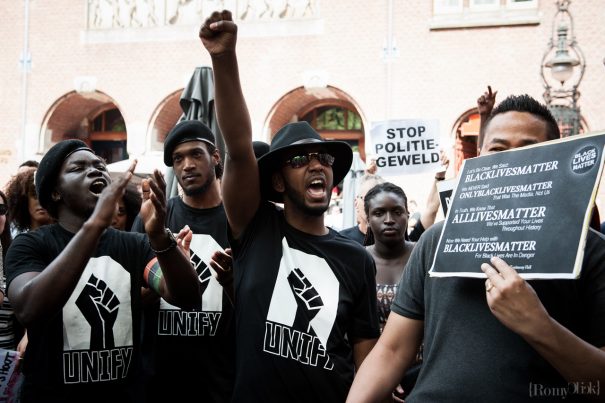 You’ll never hear it from the majority of the talking heads or liberal columnists that make up the mainstream media, but in America today, reverse discrimination is becoming more and more common. While no one could or should compare the modern day discrimination against whites to the days of slavery and Jim Crow laws, it is still something that needs to be addressed, because any society that perpetuates hatred towards a particular race is a society that can’t properly function.

As it turns out, though, reverse discrimination is something that is not unique to the United States. In an article published in the UK’s The Guardian titled “Why There’s Nothing Racist About Black-Only Spaces,” writer Charlie Brinkhurst-Cuff argues that excluding whites from a space is a sign of progress.

“In contrast to Nyansapo, self-organized ‘white spaces’ – think far-right groups – are almost always layered with prejudice and the flawed notion of ethnic superiority,” the article says. “They are made in opposition to diversity and multiculturalism – and that, coupled with the uniquely powerful positions white people hold in society, is why they are unacceptable and reek of segregation. Black-only spaces rarely exist for the same purpose; instead, they are founded on the basis of the true lived experiences of struggle. By denying white people entry to them we are not reflecting existing power structures, we are trying to subvert them.”

The author of this article is talking about the same myths that you hear leftists perpetuating all the time in the United States – that somehow, there exists this structural barrier that prevents minorities from rising up and pursuing their interests. Radical progressives like Barack Obama and Bernie Sanders tell us that white racism is still embedded deep within the DNA of our country, and for that reason, minorities experience discrimination in essentially everything they do (RELATED: Racism RIGGED by A&E: KKK “documentary” was entirely scripted; A&E provided Nazi flags and wooden crosses to burn; actors paid cash to say “[email protected]@er” on camera).

What The Guardian is basically saying is that racism only works one way. According to the author, if whites were to hold an event that excluded black people, then that would be considered racist. However, if blacks were to hold an event that whites weren’t allowed to attend, that wouldn’t be racist because black-only spaces rarely exist for the purpose of spreading prejudice and the notion of ethnic superiority. This is ridiculous for a number of reasons, but what’s most striking is the fact that the author doesn’t understand the true definition of racism, which is the discrimination of anyone based on skin pigmentation. Is it not fair to say that black-only spaces are discriminating against whites for the sheer reason that they are, in fact, white?

Furthermore, the idea that there aren’t any black organizations that are “layered with prejudice and the flawed notion of ethnic superiority,” as the author says, is nonsense. For proof, all one has to do is look at the Black Lives Matter movement, which has sparked controversy numerous times over the past few years.

For example, Yusra Khogali, the co-founder of Toronto’s Black Lives Matter chapter, is on record as saying that white people are “recessive genetic defects” who should be “wiped out.” In a Facebook post from December of 2015, Khogali argued that white people need white supremacy in order to defend the existence of the white race, but that black people could “wipe out the white race if we had the power to.”

In November of last year, The Daily Caller reported that Black Lives Matter and other groups were planning to block white-owned stores, preventing customers from entering, in Chicago to draw attention to police shootings, economic issues and racism.

If calling white people recessive genetic defects and blocking whites from being able to enter shopping areas are not blatant examples of racism, then what are?