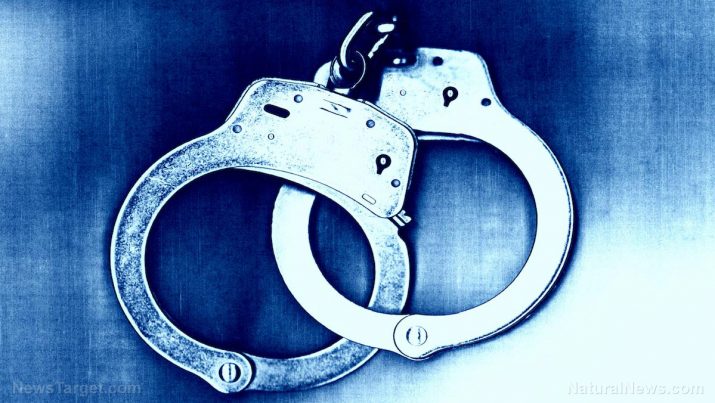 In the police state of California, even selling produce can be construed as “illegal,” a fact that one poor soul learned the hard way. Recently, the Sheriff’s Department in Alameda County has been the subject of intense criticism for arresting a man who was selling vegetables on a street corner.

As is the thing to do nowadays, passers-by wasted no time in snapping up photos of the man being handcuffed and arrested. The photo went viral, and Alameda County officials took to the web to try to save face.

According to the post, when a deputy approached the man and asked for his identification, he fled the scene. According to officials, the street vendor they arrested is on federal probation — and expected to follow all laws to a perfect T, which explains why he was so quick to make a run for it.

Some have insinuated that the man’s immigration status played a role in his arrest, but according to the Sheriff’s Department, they do not “turn” illegal immigrants over to Immigration and Customs Enforcement (also known simply as ICE).

Even so, over 3,000 people commented on the department’s Facebook post. Matt Powers, who is the communications coordinator for the Institute for Justice, claims that the sheriff’s explanation for the arrest has “no merit.” Powers argues that the current legislation regarding street vendors is lackluster and in dire need of being updated to meet the needs and wants of the community.

Powers notes that Los Angeles recently decriminalized street vending, and that the city of Chicago recently made licenses for food carts less restrictive. According to Powers, Alameda County should try to follow their lead, and support the “street vending industry,” as he calls it. “… Everyone has the right to work hard and improve themselves and their community. By choosing to embrace the street vending industry, Alameda can embrace this sort of entrepreneurial, self-starting behavior and avoid this kind of controversy from happening ever again,” Powers reportedly wrote.

According to Powers, the Sheriff’s Department should not be enforcing current regulations and “cracking down” on street vendors, even if they breaking local laws, and protecting already-established businesses. Still, others have lambasted the department for not arresting children hosting lemonade stands — as if there isn’t a discernible difference between children and grown men.

This issue is no doubt a very delicate matter. On the one hand, citizens should have the right to sell their own produce as they see fit. On the other hand, the department contends that laws and regulations can help to protect residents from things like food borne illnesses.

There are many different aspects to this issue that must be carefully considered. Should the county loosen their permit restrictions, as Powers suggests? Should free citizens continue to be punished?