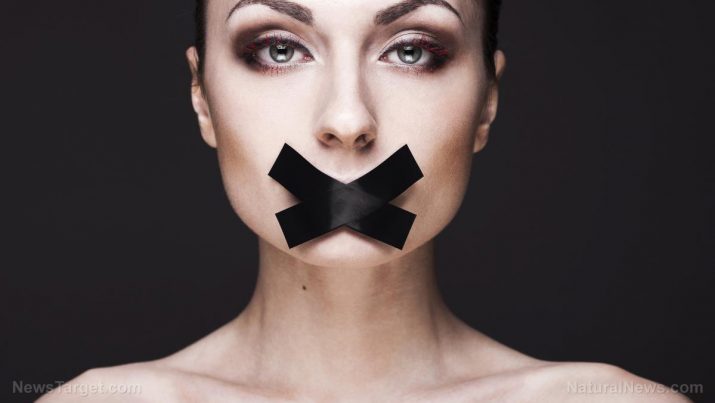 The social media platform Twitter appears to be taking aim at the news aggregation site Drudge Report, which recently “tweeted” about a topic related to healthcare, only to have that tweet incorrectly marked as “sensitive” – thus hiding it from view – on some users’ accounts.

According to Donald Trump Jr., who retweeted the Drudge Report story on Aetna’s recent decision to leave all of the remaining states where it participates in Affordable Care Act healthcare exchanges, his wife and several others were unable to view the tweet, even though it contained nothing sensitive other than truthful information about the happenings taking place within the American healthcare system.

After Trump Jr. realized that the Drudge Report link was showing up as “sensitive” on some people’s system, he followed up with a posting to Instagram accusing Twitter of censoring information that makes Obamacare look bad by erroneously tagging it as “sensitive,” suggesting that it contains inappropriate material.

“I don’t think there is anything remotely controversial or offensive about the truth here and yet it seems @twitter decided to at least partially censor the tweet,” reads Trump’s Jr.’s caption on Instagram.

What Twitter was hiding: Aetna shutters coverage due to massive financial losses from Obamacare

The article that Trump Jr. linked to in his tweet explains how Aetna Inc., a prominent name in the U.S. health insurance market, is pulling out of the few remaining states where it provides Obamacare coverage. Since the goal of the Trump Administration is to repeal and replace this mess of a system anyway, Aetna decided that it made good business sense to scrap its operations as they pertain to these exchanges and await a replacement.

“At this time, we have completely exited the exchanges,” reads a statement issued by the company, which stopped selling all plans, including non-Obamacare plans, in both Delaware and Nebraska.

The reason for Aetna’s exit from the healthcare market as it’s currently set up is due to the massive financial losses it incurred as a result of Obamacare’s implementation. The company says it will lose more than $200 million on individual health plans this year just in four states where it’s still selling plans.

The only alternative was to massively increase premium costs, which many of the company’s competitors have already done, much to the chagrin of society’s contributors who saw their health premiums more than double, in some cases. The potential for a full repeal of this disastrous system, as promised by now-President Trump on the campaign trail, is a much better option, and one that Twitter apparently doesn’t want to see move forward.

“I would hope that our elected officials in Washington will come up with solutions to guarantee that health insurance in Delaware and elsewhere is both available and affordable,” added Delaware’s Insurance Commissioner Trinidad Navarro in a statement.

As for Trump Jr.’s beef with Twitter, the social media giant has refused to indicate why the Drudge Report tweet linking to this information was flagged as “sensitive” in the first place, leading him to ask the question, “Are the executives or algorithms deciding what is and isn’t appropriate and actually suppressing or minimizing the potential impact of thought?”