Deep State and Alt-Left have successfully thwarted Trump’s agenda, meaning your health care will collapse, taxes will go up and job prospects dim 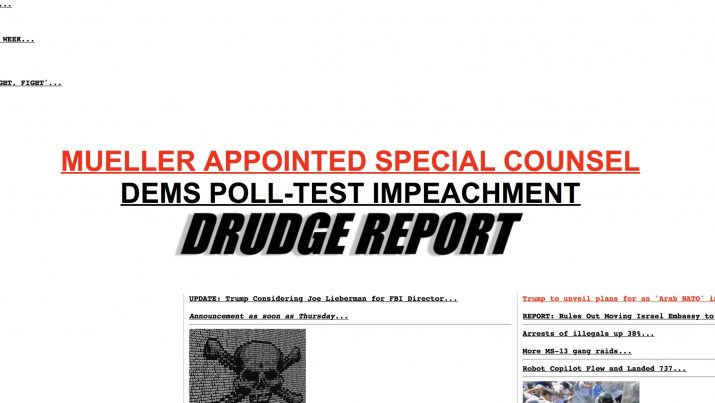 Aside from the underlying stories associated with them, what these headlines really said was that you and I – and hundreds of millions of Americans – can now kiss good-bye any hope of Congress and the Trump administration fixing our disgusting, Democrat-driven, broken health care system, allowing us to keep more of our hard-earned money, and creating millions of new job opportunities.

Yes, ladies and gentlemen, the Trump-hating Deep State, aided by Alt-Left Democrats and the putrid “mainstream” media, have successfully hijacked Trump’s agenda to “Make America Great Again.” And most all of us are going to suffer because of it. Indeed, the country may not remain as we know it.

I say most people because those primarily responsible for this hijacking aren’t in the same boat as average Americans. No, they are privileged. They are wealthy. Their health plans are paid for by us. Their job prospects plentiful. Their existence on another plane, on another level, than those of most Americans means that no matter how much harm they do to the country by burning down the administration of a duly-elected president – who hasn’t done a damned thing except step up and out of his very comfortable, billion-dollar world to try and save our country – they won’t be affected by it.

They want him gone, period, no matter what it does to the country, because Trump is the ultimate challenge to them. He is their ultimate threat.

They laughed when he strode down the staircase at Trump Tower in New York City two years ago next month. The mocked him for the things he said. They denigrated him for daring to put America and Americans first. They shunned him when he sought their assistance.

But then he demolished 16 other GOP presidential hopefuls. And while he was still mocked and derided as uncouth, unfit and unworthy of the nation’s highest elected office, they couldn’t get rid of him, no matter what they threw his way. His base of support only grew.

Then, after Nov. 8, they realized they would have to deal with him. And they’ve been working towards that goal ever since.

First it was because Russia had interfered in the election on Trump’s behalf, because Moscow hated Hillary Clinton and Russia had been a cash cow for Trump, in some way, somehow – if only they could find the evidence. Then it was because FBI Director James Comey interfered by listing all of the laws Clinton broke using a home-brewed email server she never should have set up. Then it was both – that is, until Trump fired Comey.

But then he made it clear he wasn’t going to roll over and let the Deep State railroad him. He pushed back against the “anonymous” sources within government, the intelligence community and other elements of the Deep State, calling them out and pledging to continue working for the American people. He chastised the media in a way unseen by previous presidents, correctly labeling them an “opposition party” not interested in the truth but only in fomenting a daily Trump hate narrative that kept him and his administration distracted, off-track and pre-occupied with self-defense.

He criticized the intelligence community – not because he doesn’t think it competent or worthy, but because elements of same are working against him in a manner that undermines his authority, undermines Americans’ trust in the system and harms our national security.

And now, it seems, the Deep State has achieved part 1 of its two-part plan: Thwarting the Trump agenda, without any regard whatsoever to how it harms the American people, especially working, middle class Americans who are getting hammered by rising health care costs, taxes and poor job opportunities.

Phase two is removing Trump from office, and that just may happen one way or the other.

Folks, we don’t have control over our government anymore. Many of us have said so, figuratively, for many years, while others have thought as much. But if this isn’t proof positive that we no longer have a government of, for and by the people, nothing will convince you.

Fact is, if we don’t rally around this president, the swamp never gets drained, Washington never changes, and we never get our most pressing problems addressed.

Hopefully, if you’re like me, you’re not about to let that happen.